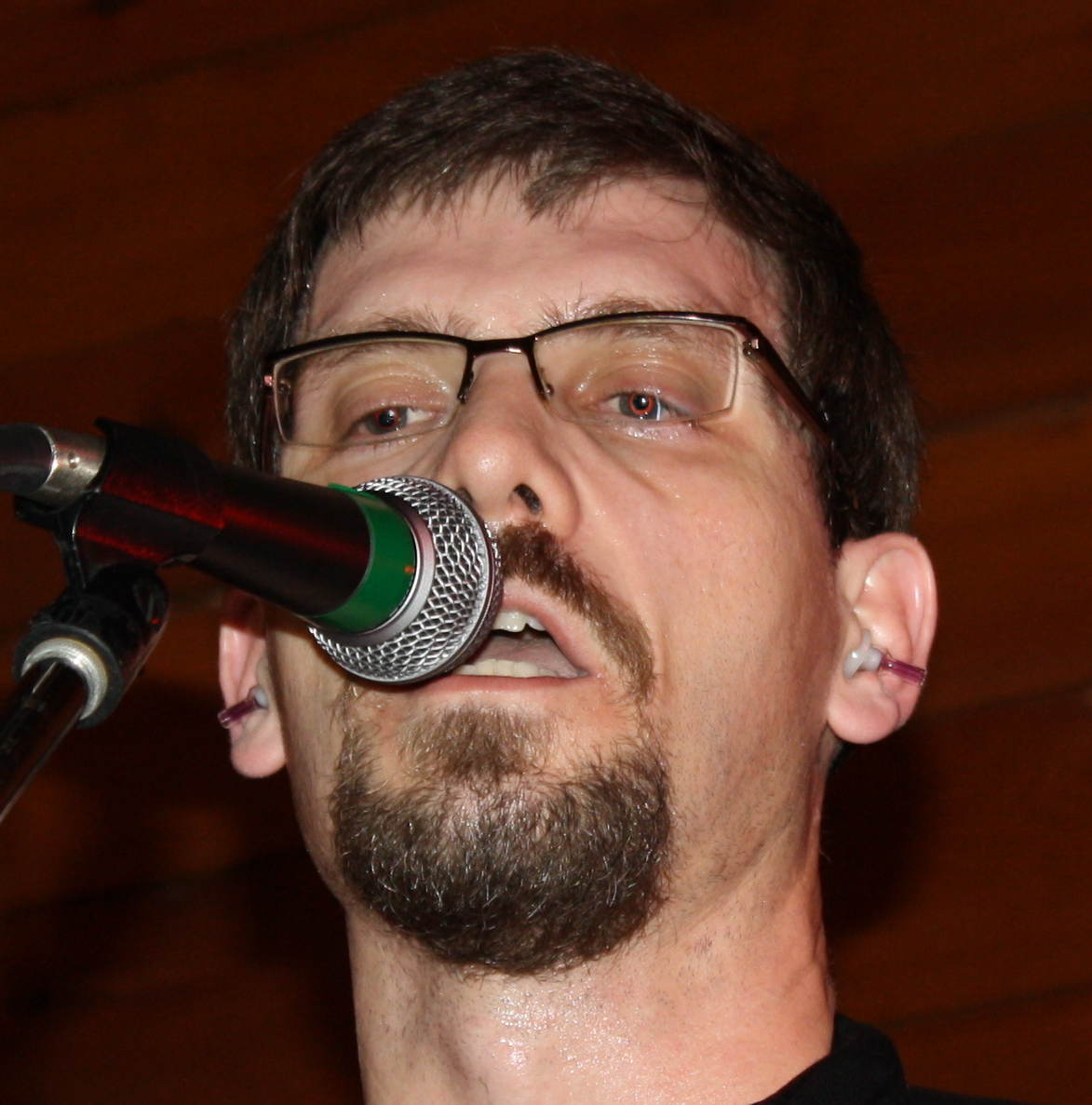 I'm the force behind Webcommando. I'm a musician and technologist that leads a team of engineers building incredible devices. I really enjoy writing music when the time allows. I once worked on iPhone applications but my passion for table-top gaming is taking all my attention. I've created a few gaming aids and trying my hand on writing.

This website showcases many of the project areas that I enjoy working on or interested in. This revamp of the site leverages responsive pages as an exercise to see how the process worked. Some areas of work--such as iPhone apps--are waning while other--writing adventures--are growing.

So what can you find? 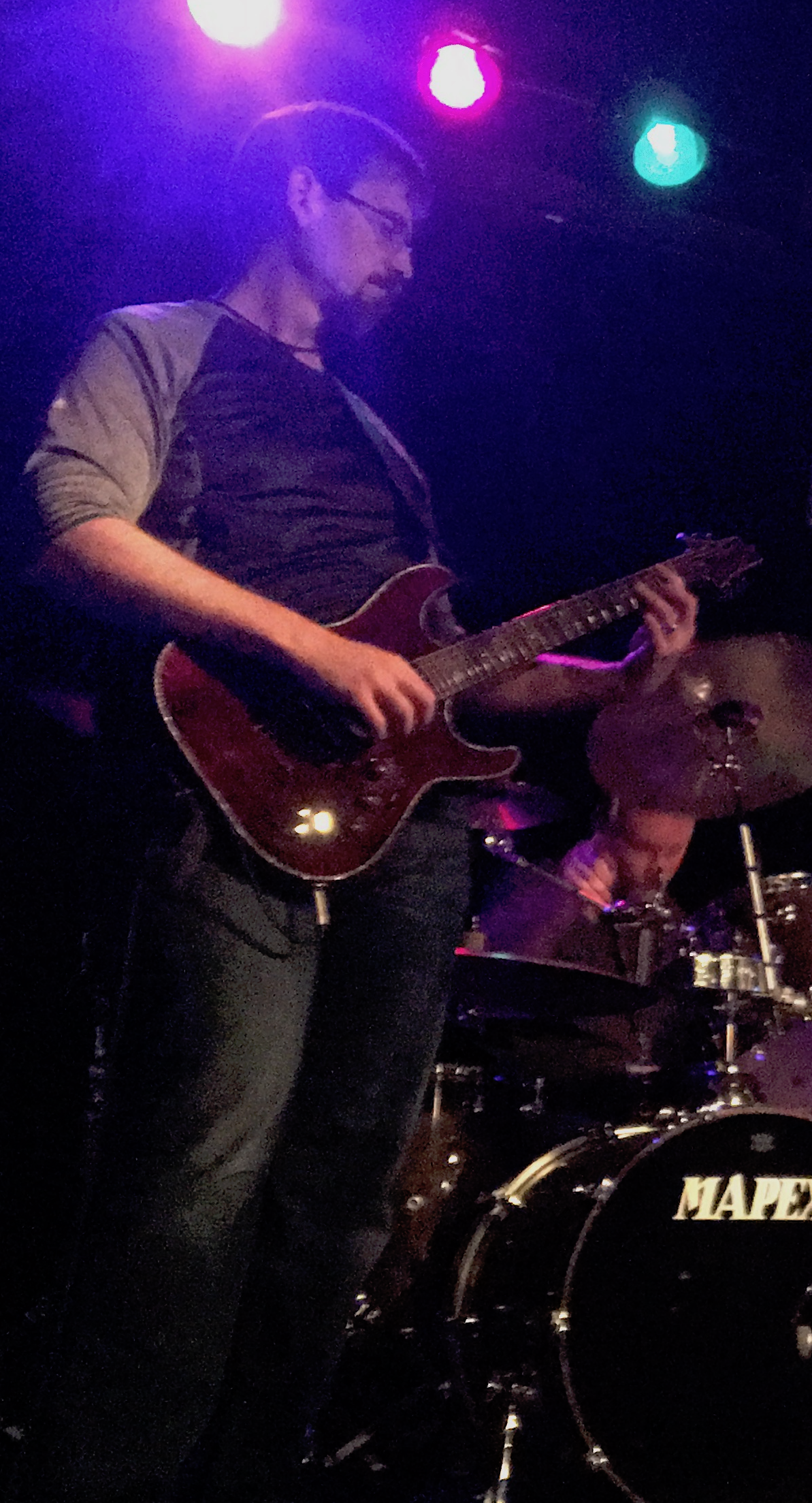 Abandon At My Place - The Band

My personal music project is produced as Abandon at My Place. I create original music as a solo artist and enjoy it greatly. Take a listen to the music if you like and hopefully enjoy!

I like writing music with a heavier sound ("love the sound of distortion in the morning") and I'm inspired by artists like Three Days Grace, Breaking Benjamin, Stone Sour and many of the hair metal bands of the eighties (yes, I'm an older guy).

I use Fosusrite recording rigs (Saffire Pro and Clarett) into a MacBook Pro. Logic Pro 9 and, recently, Logic X are my DAW of choice. Hasn't stopped me from capturing some ideas on the iPhone Garageband using a guitar input dock. I do most of the amplifiers simulated in Logic now but previously would record from my Mesa/Boogie Rectifier. Dealing with drum setup is a hassle, so now everything is MIDI from my electronic drums or AKAI control surface. Still miss the thump my Mapex kit provided but I'm still happier this way!

How many bassists does it take to change a lightbulb?
One, and two guitarists to take the credit.

How many drummers does it take to change a lightbulb?
One, but a roadie has to set up the ladder and give him the new bulb first.

How many drummers does it take to change a lightbulb?
None. They have machines that can replace a drummer..

How do you know when the drum riser is level?
When there's drool coming out both sides of the drummer's mouth.

So there's this band and they're playing a gig. It's going amazingly, they're all in the pocket and the audience is loving it, moshing and skanking like crazy. The band notices that a local major record lable talent scout is in the back of the club and the drummer starts thinking to himself. "We're gonna be rich, we're gonna be famous! I'm gonna be able to buy loads of gear, it'll be awesome!"

Three musicians and a drummer walk into a bar . .

What did the bassist say to the guitarist?
Who cares, you cant hear him.

Producer to Drummer: That sounds good, could you play that with a bit more dynamics?
Drummer: I cant, i'm playing as loud as i can...

Q. What was the last thing the drummer said to the band before he got fired?
A. Hey, why don't we try out one of my songs?

How do you get an musician off your front step?
Pay for the pizza

How many drummer's does it take to screw in a light bulb?
None, they have machines to replace drummers now.

What do you call someone who hangs out with musicians?
A DRUMMER

How do you get a trumpet section to play fortissimo?
Write mp on their sheet music.

How is a drum solo like a sneeze?
You know its about to happen, but you can't do anything to prevent it.

How do you know a drummer is knocking on your door?
The knock speeds up.

How do you know there is a singer at the door?
They can't find the key, they knock out of time and don't know when to come in.

how do you get a guitarist to stop playing a guitar solo...You put sheet music infront of him"

Mommy i wanna grow up and be a musician
Honey we've already discussed this, you cant do both

This goes on for several nights, and gets to the point where the guy can't sleep at night because of the drums. Finally, he goes down to the front desk.

When he gets there, he asks the manager, "Hey! What's with these drums. Don't they ever stop? I can't get any sleep."

The manager says, "No! Drums must never stop. It's very bad if drums stop."

What do you call a drummer who has just broken up with his girlfriend?
Homeless

A man walks into a shop. "You got one of them Marshall Hiwatt AC30 amplificatior thingies and a Gobson StratoBlaster geetar with a Fried Rose tremolo?"
"You're a drummer, aren't you?"
"Yeah. How'd you know?"
"This is a travel agency."

How do you get two guitarist to play in unison?
Shoot one.

What is the range of a bass guitar?
...about 20 yards if you have a good arm.


A one time musician reaches adulthood...it does happen...gives up the rock and roll life style and marries. He gets the mortgage and the kid. The child reaches his teenage years and hearing of Dad's youthful adventures decides that he too would like to become a musician.
Dad says, "Okay, but you must do this properly and take lessons on the instrument. What do you want to play?"
Junior replies, "I want to be a bass player."
"Fine," says the proud Dad and he goes out and buys a Junior a bass and amp and arranges for the lessons. Junior returns from his first lesson and Dad asks how it went. "Great!" says the lad,"I learned all the notes on the E string." "Terrific!", Dad replies.
The next week Junior returns from the 2nd lesson. Dad asks again how it went. "Cool", says Junior, "I learned all the notes on the A string." "Good progress," smile Dad.
The next week Dad comes home to find Junior sitting with his Nintendo. "Hey, I thought you had a bass lesson today. " Junior looks up and says, "Yeah, but I blew it off, I've got a gig."

Whats the difference between a pizza and a bass player.
A Pizza can feed a family of four.

How many guitarists does it take to screw in a lighbulb?
3, 1 to do it, and 2 to argue about who can do it better.

You Lost That Techy Feeling

10) Strategy and vision are no longer used to describe development patterns or a pattern recognition system.

8) PowerPoint is now your tool of choice for mechanical drawings

5) You've finally forgotten the "q!" command in VI…or was that the "ctrl-q"…where's my mouse

3) You write an all employee email to see if someone can help you take a tab delineated file and change it to CSV. Special points if the reason was to get it into a spreadsheet

1) You no longer cringe, but shake your head in agreement, when someone starts discussing "Driving efficiencies by leveraging our core competencies while eliminating non value add activities in new game changing markets"